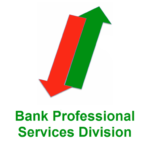 The first bank to adopt the Professional Services Division concept was the Westlands Bank, located in Orange County, CA, in 1975.  The Bank of Newport, which was also located in Orange County, CA, adopted the Professional Services Division concept in 1979.  A referral from the president of the Bank of Newport led to a third adoption of the program in 1980 at Arizona Trust Bank in Tucson, AZ.

The next installation was for Warren County Bank in McMinnville, TN, a $40 million state bank.  The next bank that adopted the Professional Services Division concept was the Bank of Hawaii, which was the first large, multi- branch, regional bank to adopt the program. The deposit and loan generation success of these “Professional Services Divisions” then became a topic of discussion at an American Bankers Association meeting, which led to the next installation at Girard Bank, a large, multi-branch national bank headquartered in Philadelphia.

Success at Girard Bank led to an installation at Lincoln Bank, a community bank in Philadelphia that was interested in developing a small business owner niche market in their area of North Philadelphia. The next installation was for another large, multi-branch regional bank, Central Carolina Bank. Central Carolina Bank used the Professional Services Division concept as a strategy to displace Wachovia Bank as the principal bank in the business owner/ doctor market in North Carolina. The final Professional Services Division installation was completed for Michigan Avenue National Bank, a bank in Chicago desiring to expand its niche in the business owner/ doctor market.

In 1981 the Professional Services Division deposit and loan generation concept was deployed through a unique structure that avoided bank market area geographical restrictions on collecting deposits and making loans, a NE chartered credit union, the Credit Union of the Health Professions. A NE Credit Union was empowered by its charter to collect deposits and make loans to qualified small business owners and doctors domiciled in all the states in the U.S.  This unique, state-chartered credit union was a forerunner of what later became money center banks that were granted powers to collect deposits and make loans to customers anywhere in the country.

Expansion of the 401 (k) Plan at the expense of pension plans did not have the desired effect of expanding personal, tax-advantaged retirement savings plans to a larger demographic segment of American society in order to reduce dependence on the Social Security System.  In 2001 Congress acted through tax legislation to increase the pension 415 retirement savings accumulation level at normal retirement age to its historic, high, 1974 level of $2,400,000 plus annual cost of living increases.